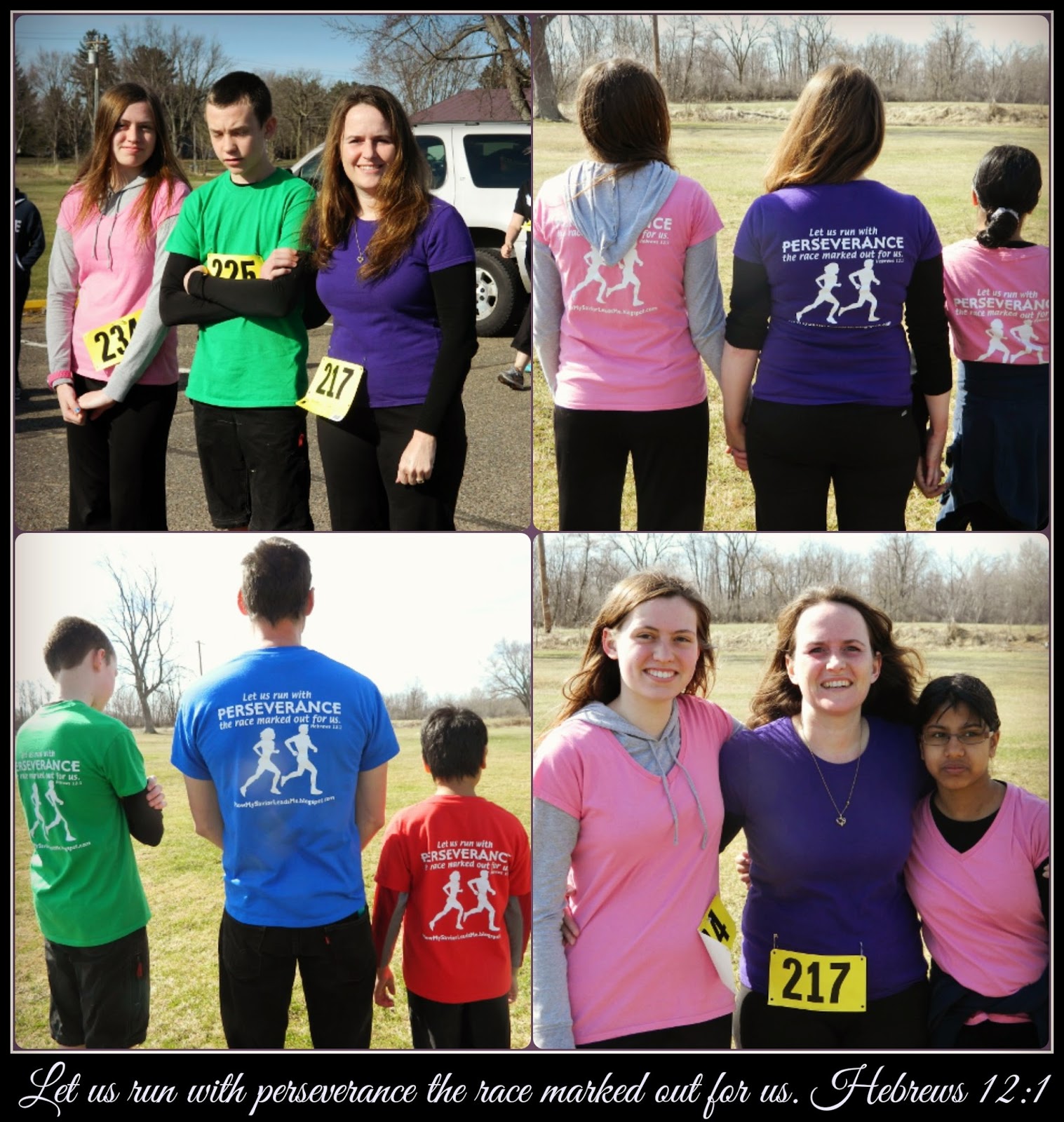 Sometimes, life has a way of zooming on by without bothering to ask if we can keep up or even looking back to see if we're buckled in for the ride. The past couple of weeks have been a whirlwind of exhausting, amazing, satisfying, God filled, as well as plenty of mundane, activities. One of the highlights of those frenzied activities was running the 5k race.

On so many levels, the activity of running grows and stretches a person. It was growth far beyond the new muscles and the shin splints that kept this middle aged woman putting one step in front of the other. Some stubborn determination to finish what I said I'd do was definitely a part of it, with perhaps some pride mingled in to show the kiddos that I could actually make it. But the best benefit was the spiritual aspect.

Out there on that course it is only your sheer determination that gets you to that finish line. Only the hope of actually seeing those flags flying, possibly around the next bend, keeps you from laying down in the ditch and instead forces you to keep going. Half way through the race I was overwhelmed with why I was out there. The race was in honor of keeping the legacy alive of another little boy who left his momma's arms sooner than she expected. It was a race to honor our children who are not with us.

I was a mother running in honor of my son.

My arms raised as my soul felt again the impact of that reality. That finish line became synonymous with the ultimate finish line of Heaven and the sting of that strained muscle in my thigh became the ache of grief; the ache that hasn't dissipated even after three years and I assume will probably never totally dull. But as it has been a joy to look back upon the accomplishment of crossing that finish line, so will it be a joy to cross over the finish line of eternity when God calls. To look back, to see the ache as a vague memory that was nothing compared to the victory, to look ahead to glory.

So I'll keep running, both physically and spiritually as God leads, because eventually, possibly around the next bend, I'll see those flags flying.
Posted by OurCrazyFarm at 11:42 AM