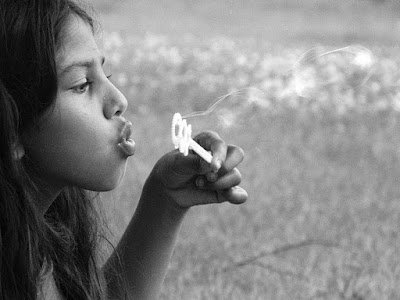 "God whispers to us in our pleasures,
speaks in our conscience,
but shouts in our pains:
it is His megaphone to rouse a deaf world."

The Problem of Pain, C.S. Lewis


It's funny how God keeps bringing things over and over and over again in our lives. I have been pondering this quote by C.S. Lewis for weeks now, and then was reminded of it again when I was reading about Elijah in 1 Kings 19 yesterday.

Elijah had ran. For more than forty days he had ran. Did he think he could outrun God? I realized I have a tendency to run from God. But God has a way of getting our attention so that we have to stop running and consider Him.

You've got my attention Lord; I'm listening. I have seen Your mighty deeds. I have witnessed Your strength. I have heard Your whisper.


I feel at times like God has me backed up against the wall of that rock cliff with nowhere else to go except to turn around and face Him. "What are you doing here, Terri?" He asks.


Why do I run? Have I forgotten what His word says? Have I forgotten the cross? Have I lost hope? Have I turned to myself and this world for everlasting joy? Have I given in to the temptation to trade the treasures of this world for the treasures of heaven? Have I given in to doubts? Do I think He doesn't know what He's doing? Do I think He won't be enough?

I'm not sure most days how to go beyond missing Trent. I don't want to not miss Trent.

My head is pounding from a summer cold. Grief is harder with added exhaustion. I have been letting myself cry, though. It is easier for the tears to flow and it is easier for people to see them flow. I have rarely felt vulnerable enough to let myself cry in front of anybody, even Rob. It's just the way I am; I barely cry to start with. What I have found are arms that hold me, gentle hands that wipe away the tears, and whispers of God's promises. And then, the tears do finally stop.

Alexis is amazing. Oh, how God has used that young lady. He has been using her to reveal Himself to me throughout her whole life. So often I try to hide my deepest grief and pain from the kids, but God tells her even when I can't say it. I was cooking supper on the grill the other night and heard the door open behind me. She came out on the deck and just quietly stood off to the side, under the eave as it was raining. I turned around and looked at her and asked what she was doing. "God just told me to come out here," she said. And I had just been praying for God's strength.


And talking about cooking. . . who ever knew grief was such a good diet plan? I stepped on the scale this morning and realized I have lost close to fifteen pounds in the last six months. I am nearly down to post-highschool/pre-baby weight. Guess I don't have to worry too much about that double chin anytime soon. I will be expecting Maddie to pull in with a pot of some kind of kitchen goodness and spoon feed me pretty soon if she catches wind of it. Man does not live by bread alone, do they my good friend? God has been my sustainer. I have longed for Him more than food.

I still hardly feel like I can put together enough words to carry on a real conversation with most people anyway. There are the one's that have walked this walk with us and we end up closing down the church when we are together. But most people don't know what to do or what to say. I guess I don't know what to do or what to say, either. I don't know if I am expected to act like the grieving mother, or the pious religious woman, or the crazy God lady. I don't know why I care so much about what I think everybody thinks about me, versus what God thinks about me. And then I have heard of a few people who think too highly about me, and I like that even less. I am no different, no better, and no higher; God is only using me in the way He chose.


Maybe someday life will be normal again. Maybe someday I won't be scared of melting into a crying fit while standing in the dog food aisle at the local Dollar store. Maybe someday I will be fifteen pounds on the other side of that scale and will worry again about that double chin.
I'll finish the ramblings with a little more C.S. Lewis because once I started reading his quotes (from here) I couldn't stop.

"Relying on God has to begin all over again every day as if nothing had yet been done..."

"100 per cent of us die, and the percentage cannot be increased."

--The Weight of Glory

"[God] is not proud...He will have us even though we have shown that we prefer everything else to Him."

--The Problem of Pain

Posted by OurCrazyFarm at 2:52 PM