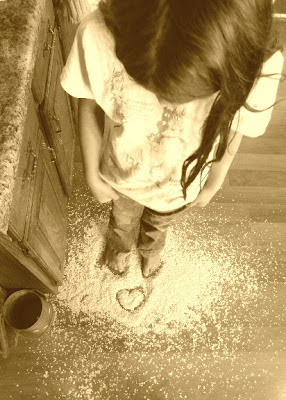 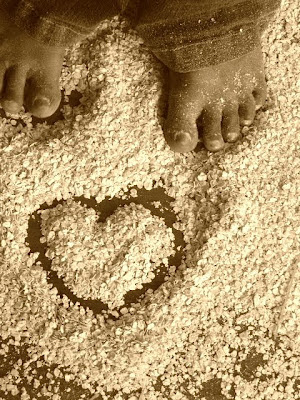 I woke up crabby. Which soon turned into tears. Which soon turned into a headache. Which all began with an overwhelming longing for Trent to just walk down those stairs again this morning. Or to just be in the mix of kids and puppies. Or to just be around the corner to say "good-morning Mom" and give me a hug. The freshness of it hit me hard today. The intensity of missing him has been almost stronger this past week than it has been this whole past year.
Some tell me it is the shock of grief that is wearing off. Some tell me that the second year is worse than the first. Some tell me twenty years later it is still going to be hard. Some tell me that the rest of my life will involve this continuous battle.

I pick up my sword and make feeble attempts to fight:

"I tell you the truth, whoever hears my [Jesus'] word and believes Him who sent me has eternal life and will not be condemned; he has crossed over from death to life." (John 5:24)

As I was on my knees in tears I was reminded of Hebrews 12:1, and the great cloud of witnesses that surround the believer. Commentaries indicate that these are the believers listed in chapter eleven, the list of the "greats", who overcame unbelievable trials and have now entered God's presence; who have been in God's presence for centuries since those trials. If we, as believers, had just a glimpse of heaven, and a true vision of who this God is, would we be more willing to trust our lives, and our children's lives, in His hands? After that first moment that our soul is in His presence, wouldn't we have gladly given up more if we had only understood now Whom it was we were entrusting our lives to?

I am not belittling grief, I am not denying the human reaction to it and every right that I could claim as a mother to feel the raw hatred of this and justify every tear and the right to stay in bed and cry. But what I cannot deny is that I have no grounds, as a believer in Jesus Christ, to not believe His promises in Scripture, other than my own wicked heart. Did He not say it? Did He not lay out the path of salvation clearly? Did He not tell us enough about the Father and heaven and eternal life and His love for us and the good plans He has for us that we should doubt Him?
I have no ground to stand on when I try to pull out my "human" card to try and trump His sovereignty. This battle is a battle for belief; it is a battle for eternal souls. If I were to face God today, would I face Him ashamed that I didn't just believe?

So I fight . . . I fight to believe every word in Scripture as if I would face God today. I face Him in my prayers; I face Him with the truth of my feelings, and actions, and heart; I battle to believe.
Posted by OurCrazyFarm at 3:26 PM