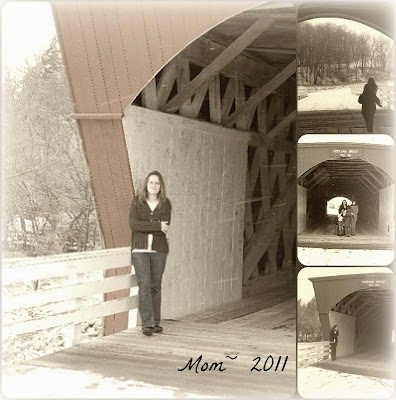 On my agenda for the past couple of years has been the project of tackling the transformation of the upstairs hallway. The orange shag carpeting has been torn out for quite some time and revealed decent, although characteristically unlevel, old house wooden floors. The lathe and plaster walls were repaired, then recently painted a neutral beige color and an appropriate border has been picked out and is just waiting to be installed. Family pictures were next. I have been purposely avoiding this part of the project. Part of me wants to see the walls plastered with all those smiling little faces, but the other part of me hasn't wanted to dig through the pictures to decide which ones to use.

Do you use all pre-accident photos, or acknowledge that life has been forced to go on and everybody else is two years older and use recent photos? Do you change them out every year, allowing the glaring reality that Trent's picture never changes to be the first thing you wake up to every morning? And then there's the actual event of digging through the archived pictures: the horse rides, the football games, the reminders of the breakfasts in bed that you never got a picture of.

Grief steals so much. More-so than just the person you are grieving, it steals your very self. It steals the mother, sister, wife, aunt, friend that you used to be. It drives you to the brink of insanity where you really don't think that just going over the edge of it would be so bad. It steals even the ability to think rationally. You start to forget that this life is a mist and heaven goes on for an eternity. Everything brings tears, even two years later.

The anniversary is over and Trent's birthday has just passed. Dear friends sent cards and emails, as well as called and visited. I cried over the ones who did, and the ones who didn't. The sweet, painful emotion of being loved well~ there are not adequate words to express how that feels.

I continuously tell God that I am so tired of crying. I can barely begin the words of a cohesive prayer anymore because all I do is lament and weep. There are no more words. My brain is exhausted by the work of searching out the glory of God in this (Proverbs 25:2NKJ). God knows my heart, He knows the depth of this agony. He has allowed a quiet hush to hover over me. A time of rest in my soul. A time of waiting as His work is being done. Simply "being" in Him. There doesn't always have to be answers to the questions.

I chose the Roseman Bridge, where Trent's ashes were spread, for my collage. Pictures where I opened my hand and let go, let go of my son, let go of myself and my plans. Pictures of remembrance that mark in computer generated options my surrender to God, my attempt of the resurrection of an altar as the prophets of old used to build: an everlasting reminder of when God abundantly poured out His grace and along with it a great measure of hope. When He revealed Himself and allowed me to see and love Him more, and especially long for Him more, despite the great cost.
Posted by OurCrazyFarm at 12:19 AM