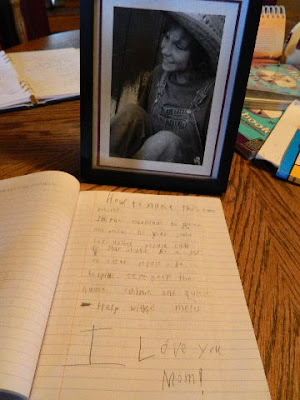 God continues to allow us to laugh. What a gift in itself. Through the heartache and the pain God continues to sprinkle in much joy. I was in the classroom hanging up a timeline picture the other day when I happened to look over at Trent's desk. His books and belongings were still piled on top of it, but one tablet had fallen to the floor. It was his spelling tablet. I had intended to just put it back on the desk, but I longed for a bit of him so I opened it up to see his twelve-year-old-boy handwriting, expecting pages full of word lists. There on the first page was an essay he had written and as I continued to turn the pages more essays were mixed in amongst the spellings lists and tests. To think of the days, just months ago, that he wrote those honest, silly words about his bad attitude brought us all near to tears from laughing so hard. This boy, who hardly wrote anything, had left us a bit of himself for such a time as this. How I miss him and long to hear his laughter again. 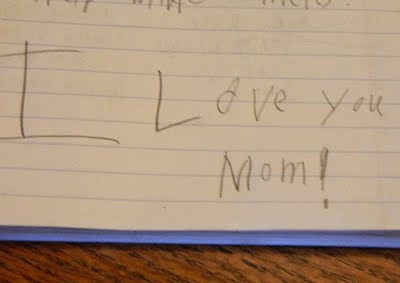 Posted by OurCrazyFarm at 12:00 PM