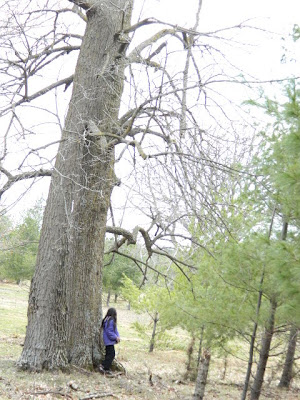 Never be lacking in zeal, but keep your spiritual fervor, serving the Lord.
Be joyful in hope, patient in affliction, faithful in prayer.
Romans 12:11-12
It has come to my attention that there are certain people out there who have been waiting with much anticipation for a rip-roaring blog post after an amazing God conversation. Or maybe such person just wanted to butter me up for a free Aunt Terri babysitter. Either way, my brain could use some sorting. So, here we go, just some thoughts and observations from the past week on this bizarre walk of grief.

What keeps coming to my mind over and over again, after having several conversations about Trent's accident, is the thought: "You don't have to apologize for my Sovereign God." Right, wrong, politically correct or not, that has been where my brain keeps returning. Next week it will probably come up with another theological nugget to turn and polish and find God's glory in, but this week it is the observation of the lack of joy (or trust, or belief, or plain-old not knowing) in God's good plans for His children.

I can count on one hand (well, probably, my brain doesn't work so well these days to remember stuff) the number of people who were happy to hear the news that Trent died, even those who knew he was saved and therefor in heaven. And I know all the "we're sorry for you, we're sad for you, we're crying 'cause Jesus cried when Lazarus died" lines. They are the nice words to say, they are a natural response, and we should cry when somebody dies. But hardly anybody smiles and says, "Hooray for God's sovereign plans! Hooray for Heaven!" Even eight months later.

I'm scared of getting bitter. I guess that would be considered the required Anger Step that everybody who experiences a tragic death is supposed to go through. "Be mad at God, He can take it." The problem is, tho, I am having a really hard time finding that verse in my Bible. Doesn't that sort of turn the tables and put us right back on top of being in charge of the whole intricate workings of the entire universe rather than God being the one in charge?? It screams that my ways are better than His, rather than what Scripture says, that His ways are better than ours (Isaiah 55:8-9).

As my sister Traci reminded me in my whining the other day, "Have you forgotten you are a daughter of the King?"

Well, yes, actually I had, and a good swift kick in the behinder was what I needed. My Heavenly Father is the King. The King of all Kings, actually. He said so in His book, the Bible. And somewhere there is another book that has my name written in it. "Terri, my precious one, the one I love, the one I have good plans for; plans not to harm her but for her good. Plans to reveal Myself in her, and through her. Plans to reveal Myself in a way that she could never know Me without. Plans to give her hope and a future. Plans to answer her prayers for her son's salvation."

Grief is exhausting. The battle is real, the soul is weary, the mind can't handle much extra. This world is a distraction as of late. It's trinkets don't charm me anymore. I barely notice it's glimmering attraction. But God consumes me. Somebody mentioned the other day how sorry they were for me, how I looked like I had lost so much weight, was it the stress she wondered?

"My dear Christian sister," I wanted to tell her, "don't you know this God of ours is greater than even death? Have you not tasted of Him and found Him to be better and bigger and greater? Do you doubt that He would carry His children?" But as words so often fail me in speech, I could only gather my eight months of experiencing the tip-of-the-iceberg of God's glory being revealed before my very eyes by saying, "Food hasn't mattered so much lately. I have been consumed by God." She looked at me strange. "It's a good thing," I assured her.

And you all thought you were watching me in my little fishbowl. The observation of grief, especially in Christians, is just as interesting on this end.

Do we create yet another idol when we seek God's glory, or ways to glorify Him (as if we could bring Him any more glory by our mere deeds), rather than seeking just Jesus? Does our striving to bring glory to God through what we are trying to do for Him really become a works based faith that we have mastered to try to win our Father's loving affection? Somehow we have been duped to think that He doesn't love us enough to pry our fingers off of this world if He causes pain. I have seen just the opposite: the pain is the love of God. Pain is how He sanctifies His children, and how He shines His glory through them (Zec 13:9).

Just splitting some more hairs between the sinful nature and the God of the universe and finding myself revealed more of a sinner than I thought I was yesterday.

I don't know where this post will find you today; saved by Jesus, not saved, seeking Him or running away or not even knowing that you really don't know Him. I can't even begin to fathom where God chooses to bring these rambling words of mine. But I pray for you often, dear reader. I pray that the Holy Spirit moves how He said He would move~ through the Word, through honesty, through shattered lives.

Since it will all reveal God's glory someday, it is under God's sovereign hand, and if it means eternities will be changed, then "Here I am, Lord. Shatter me."
Posted by OurCrazyFarm at 1:50 PM