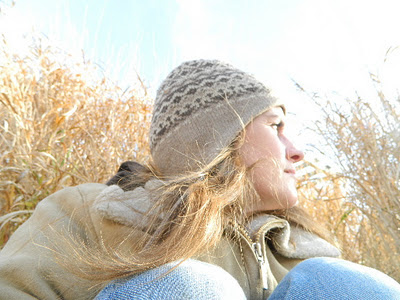 The thought dons on me regularly: Trent is still Trent. And then I begin to wonder for the umpteenth time where he is. Where heaven is. Where God is, where God dwells face to face with His children. And then I miss him, again. And then I wonder about what heaven is like, and what he's doing and experiencing, and about the things that he knows but I can't even begin to imagine.

And then the fear sets in.

I read that the first year of grief is covered by so much denial that you can't really even feel it; that the reality barely begins to sink in. The second year is harder, they tell me. And then this week I met a couple who lost their child several years ago. The tears still rose in their eyes and the day at the hospital was still vivid as they told me about it. But then they looked at me strange when I began to talk about my joy of Trent being in heaven.

I fear that I am missing something here. Aren't Christians supposed to be excited about going to heaven? I fear that doubt really will sneak in. I fear that one day I, too, will begin to think that God is not good and sovereign and that this world really is the only forever. Where are the stories of those who believe in the Promises of Scripture during times of deep suffering? I can't find them. I don't want any more nicey-nicey faith stories. I want the warriors. Those who stood fast to the Word of God. I barely even see the Word of God in those grief stories, let alone the gospel, or sin, or eternity. Where are you Christians? Who is fighting this battle with us?

I fear seeing God for the first time only to have not believed whole-heartedly every single word that He said. I fear being so content with what I can see here that I quit lamenting over my son being gone, because ultimately it was sin that lead to death, and I was able to somehow find that normal.

"Do you see him now?" Lucy Pevensie asked Trumpkin in Prince Caspian when they all stood on the shore of that river before the great Aslan himself. Yes, he saw him now.

I want to stand before God proclaiming that I never doubted His plan. That I did fight. That I did believe. That I knew He only did things for my good and His glory in my life. That I did trust His hand that was leading. I want to stand before Trent, holding him in my arms, telling him of what God did with his life and death, how I missed him, how I always knew he was in heaven and was rejoicing that he made it. That because of it I fought the fight harder. I long to let go of all that hinders here so I can run the race well, for the prize that matters.

I want to live smiling because my son is in heaven and I trust the God who was gracious enough to bring him there to be gracious enough to pour out His mercies in my life until the day that He chooses to bring me there. I want to feel the depth of the raw pain that God ordained. I want to know Him in the deeper parts that can only be known through this suffering. I will not trade perishable rewards for eternal ones. I will settle for nothing less. No tarnished wordly trinkets can compare.

I only want Jesus and all that He promised.

Posted by OurCrazyFarm at 1:28 PM