What I Miss, and More Rambling 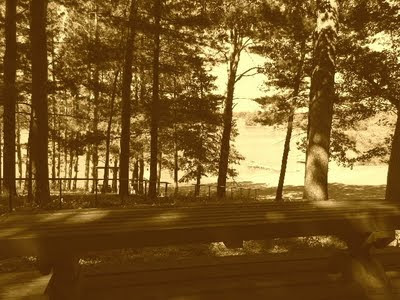 It dawned on me recently what I miss so much about Trent being gone~ it is the loss of "us". The "us" that was our complete family with him. Who we are is broken. There is a gap, a missing part, always an open seat or an extra piece of pizza. What Trent brought to our family dynamics is missing. The sayings, the looks, the expected... they're not there anymore. Nobody wants to go fishing, or trap gophers, or make lunch, or sort tackle or hunt down that red squirrel anymore. There are no more barking coon dogs to shush or live traps to check. The four-wheelers have sat in the garage most of the summer and we haven't seen the cabin sight or played at the pond for months. Nobody is excited to see if the potatoes are getting big yet and we can't hardly force ourselves to even consider browsing the Fair books for entries this summer.


I just miss Trent. I want him to be here to be a brother to his siblings. I want to be his mother again. I love that kid like you can't imagine. And I miss him more and more with every day that passes. Over five months have passed already. He has been in heaven for five months. One day it will be five years, and ten years, and fifteen years. And I will still miss him. I don't know how to recreate "us" without him. I don't want to recreate "us" without him. We are making memories without him. Life is going on without him. I know where he is. But I miss him.


As I headed up to bed with those thoughts swirling last night (seriously considering deleting them from cyber space and my memory), an overwhelming covering of joy surrounded me half-way up the stairs. Again, in a tiny break-through in the fog of grief and pain, the Holy Spirit reminded me of where Trent is. He is in Heaven! Everything lined up, just for a moment, and my mind went from this temporary world to eternity. I raised my hands and praised the God above. The God who gives and takes away. The God who answers prayers. The God who ordains all things. The God who loves His children. The God who knows what He is doing. The God who will never leave me or forsake me. 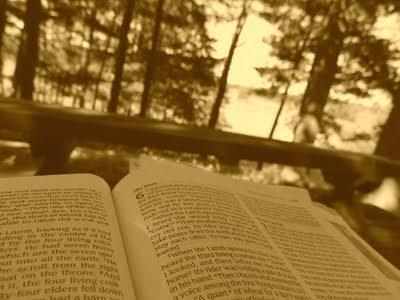 The battle continues. I feel like I am being tossed around, looking for my solid Rock to stand on. Grasping for His hand. Knowing that He is there, knowing that He is in control, knowing that really I am in the palm of His hand. The God who put the stars in place knows what He is doing with my son's life. I cannot begin to put into words the pain of my heart. My mind shuts off at the thought of it. I fear going numb. I know I am numb to a degree. The other day I got sun burnt, and as a friend began covering the burn with her super-cream she apologized for the pain she would cause. I literally did not feel it. I suppose numb is a blessing from God, too, tho.

I fight to hold on to the promises of Scripture. I think of Peter in the Narnia movie The Lion, the Witch and the Wardrobe. The scene on the iceberg where Susan and Lucy are holding onto him while he keeps his grasp on the sword embedded in the chunk of ice they are floating on through the rapids. In Hollywood's dramatic version (music building), we see only the river, then gloriously a sword, a hand, and then finally three survivors. I feel like Peter, like I am just holding on.

The younger kids are talking about Trent quite a bit lately. I have been worried about them not sharing. I have opened up conversations about him, but they have not shared much until now. It certainly is a daily topic around here with the rest of us. While packing up Trent's things the other day, Micah came and stood beside me for a little while and commented about Trent leaving us so soon. I don't know why God wanted him to leave so soon, Micah, I don't know why.


I was brave and ventured into town for errands last week. This in itself was a monumental thing~ to pick up prescriptions and stop at the local Dollar store in our small town. The averted eyes and the unspoken topic is hard, but the questions are sometimes harder. I admit, I have let Rob do the local errands and have done quite a bit of shopping at Walmart since Trent died. Two stops, and I ran into two mother's who also lost their teen-age sons in the last year-and-a-half. It is not a group that I wanted to be a part of. It is hard to feel other's pain when your own is so great. I knew exactly what they were going through. Hugs were shared, understanding was expressed in few words, and it has caused many prayers to be lifted up for them.


I am going beyond trying to understand the whys of the accident or what God is doing with Trent's short life. Instead, I am ever drawing nearer to this God that I cannot begin to fathom. I love that word~ fathom. The dictionary says it means: To penetrate to the meaning or nature of; comprehend. And: To determine the depth of. To penetrate the meaning of God. Where would you start? With His glory I would think. You would never be able to determine the depth of God and His ways. But, oh, the joy of beginning! Marveling at every new facet of His being. Standing amazed at Him revealing Himself, even if it means destroying who we thought He was, or who we allow Him to be in our lives. How gracious God is when He destroys our idols of Him.


As I go forth in this journey I am reminded of God's reply to Job in chapters 38-40: Where was I when He created the universe? Where was I when He set the earth's footings? Have I ever given orders to the morning sun? Do I think I know the laws of heaven or could set up God's dominion over the earth? I, like Job, am unworthy to accuse God of anything. I, like Job, will humbly trust God to be God.

And since this post is taking days to complete, I might as well throw this thought in here too. Over and over I have heard reference that God knew I was strong enough to do this, that he chose me because {fill in the blank}, etc., etc., {create your own version to satisfy a desired meaning for suffering}. It bugs me to the core because, first of all, it strips God of His sovereignty. It is not as if God is sitting in heaven looking down at all of us thinking "Which one should I pick? Who's strong enough? Who could endure their son dying? She looks like a good one!"


That kind of thinking denies God of His pre-ordained plans for our lives. That thinking reveals that the god we serve only knows as much as we do, and golly-gee-whiz, He sure hopes it all turns out swell in the end, too. It calls God a liar because, ultimately, we are saying that we can do anything in our own strength {of course throw in there a little acknowledgement of help from God to cover up for Him}.

I am not ashamed to say that I put no confidence whatsoever in myself. Does anybody really think I could be doing any of this without God's complete grace? Without His sustaining me? Without Him keeping me from going bonkers? Without total trust in His sovereignty? Without a hope for eternity? On my own I would still be in bed this morning (rather than drinking coffee in my Pj's and pondering deep truths and letting my children eat popcorn for breakfast) or most certainly would have been committed to the insane asylum or at the least have a designated stool at the local tavern.


Stepping off the soap box now~ Lord willing~ as long as I don't trip and fall on the way down. 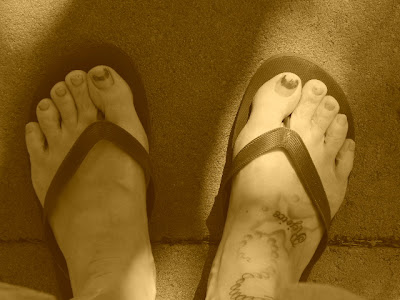 Posted by OurCrazyFarm at 4:27 PM